Ramblings of the past escapades of a drunk musical director who enjoys partaking in drugs to help his decision-making as he chases the ‘next big thing’ by looking at peripheral extremes of music is the Festival Man. It’s 140+ pages of antics set in Canada makes for a quick and entertaining read.  I appreciate that the story is set within the Calgary Folk Fest. Pick it up to support Canadian artists!

“Calgary is big, and it’s getting bigger all the time. The people who run Calgary would give Jane Jacobs an aneurysm, if they ever met her, but they don’t run in the same circles. Calgary believes in ’50-style suburban-development sprawl. If you see it from the air at night, its lights and grid make it look exactly like a massive Pac-Man game laid out flat on the dark screen of the prairie, and the high price of oil is making it ever-expanding, like a flood, but a flood of garbage.”

The bus windows fog up, taking away more of our view than the morning drizzle. Quietly our bus makes its way up the steep slope and tight turns that lead us to our reward – National Palace of Pena. The colours of the castle punctuate the hill, but we’re forced to imagine the view. The valley fog provides a mystical back drop for our unguided exploration. Pena does its palace label justice providing color, tile work and plenty of ‘pretty things’. 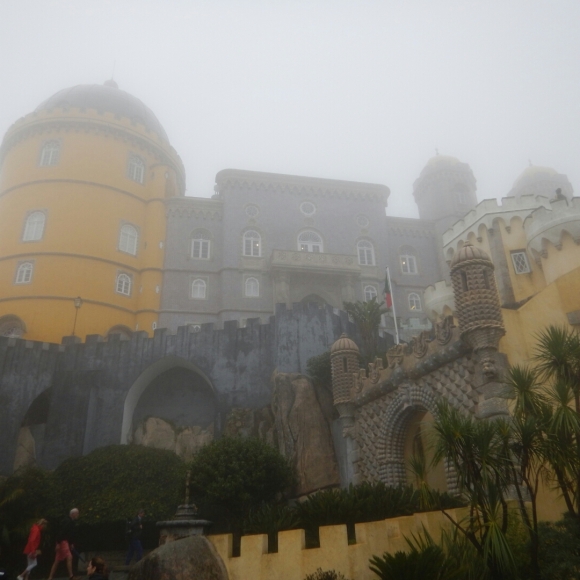 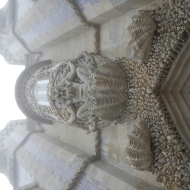 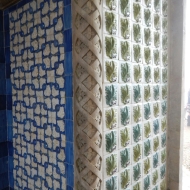 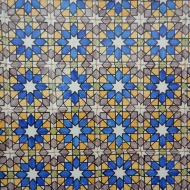 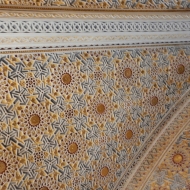 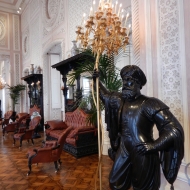 Despite the fog and drizzle we take advantage of the vast park surrounding the palace and visit the High Cross, Duck House, Horse Stables, Goats (“little tiny ponies that make delicious cheese”) and the Valley of Lakes. 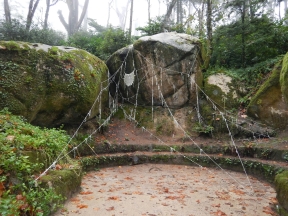 Food is a huge part of the travel experience and Morocco hasn’t disappointed us! Traditional Moroccan delights that we’ve enjoyed include: 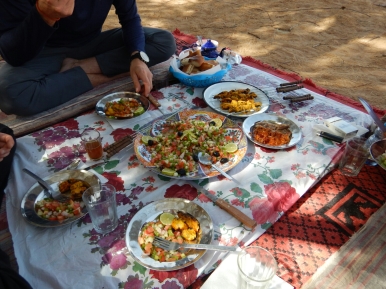 Lunch time while treking in the desert

Fun cake … with pomegrante from the garden!

Nick and Amy Dunne tell the story of her disappearance in this thriller/suspense novel. The writing switches back and forth between the husband (Nick) and wife (Amy) allowing for an interesting and engaging unfolding of the truth.

This book gets a ‘recommend’ simply because I couldn’t put it down and ploughed through it in a mere 6 hours.

It’s late.  Through the ornate window grate I am given visual few clues to the time. The sun sets by early evening and the dim lights keep the stuccoed wall its permanent colour – salmon pink. All I have is the intermittent sounds of Marrakesh. 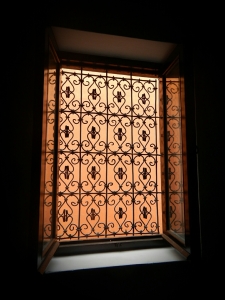 On the first night here I made a futile attempt to drown out the noise with ear buds and music. It was clear this would be a losing battle. I resigned myself to reframe the situation and listen to the music of the city.   The instruments include mopeds, voices and language of many, cats, garbage men, calls to prayer, the opening of doors and the occasional unknown. The undistinguishable murmur of the Jemaa el-Fnna square and nearby streets full of shops provide background into the night. But these aren’t late night activities and soon are removed from the orchestra.

Tonight we start the song with a handful of mopeds and an animated discussion among friends. Perhaps sorting out plans for the night or next day at work?  That’s the fun part – I get to fill in the blanks. The sounds only tease my brain, push it down the creative path. Arabic sounds extreme to my ears, either animated or aggressive,with little context to place it correctly in a category. Mopeds zoom away and the chatter quiets. The screeching of fighting cats and clipping of heals on the roadway take turns breaking the silence of the night.

Another verse comes – the garbage man. Each night the road is spotted with small bags of garbage, and each day we awake to a spotless street. This amazes me as the noise made sounds like creating a mess, not cleaning one.  Glass smashes, plastic bottles are crinkled and the garbage is sorted into a wagon that ungracefully moves down the street. The essential sweeping is too soft to hear.

It’s too late for a call to prayer, which are a clear reminder we’re not in Kansas anymore. The call is rarely the same and here in Marrakesh sounds overly animated like a boisterous play-by-play sports announcer.

Tonight my friends add to the music of the night as they cheer watching Game 7 baseball (spoiler alert: Cubs win the World  Series). They sit on the roof top patio and their trips down the metal stairs to use the loo mix with the common street noise of someone fumbling with a key to open a squeaky and loud metal door. Although I can’t spatially place the metal noise I recgonize not everyone is coming in to join us.

Ultimately, the sounds of the city do as intended and send me to sleep.